Lakeside Fire Protection district is the smallest fire district in town, protecting only 2500 residents who live in a small lake community of 20 roads. The small two bay fire station sits on Widow's Lake, a 188 acre lake that sits nestled in a woodland background.

Lakeside FPD responds to 200 calls annually, around 125 being in district. The rest encompass mutual aid assignments to the other fire companies. Established in 1956, Lakeside began as a single engine station in the garage of one of the residents. Since then, they community held fundraisers and eventually built the current station in 1960.

Currently, Lakeside has 15 certified members on their roster.

Squad 7 is a 2015 Pierce Quantum with a 1500 GPM pump, 750 gallon water tank, and 40 gallons of foam, that was purchased used in early 2019 as a "replacement" for Engine 7. Squad 7 took over the primary response role, while Engine 7 was moved a "second due" and water supply role to prolong its service life. Squad 7 is equipped with truck company equipment, engine company equipment, BLS medical gear, and medium duty rescue equipment.

Engine 7 runs with a 1987 Ford C8000/FMC Engine-Tanker. Carrying 1200 gallons of water, it is pumped by a 1500 gallon per minute Hale pump, with a rear dump valve for tanker operations on mutual aid assignments. Engine 7 is equipped with BLS medical gear and standard engine company equipment. 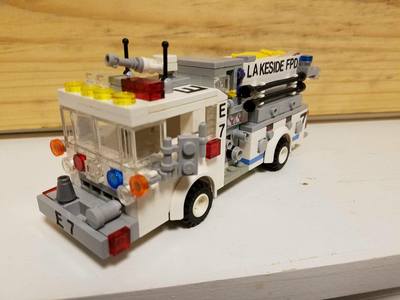 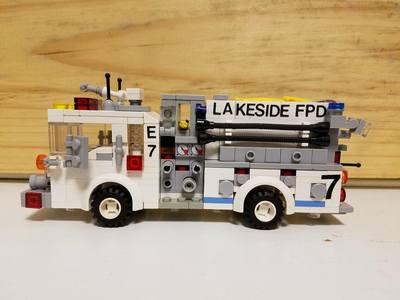 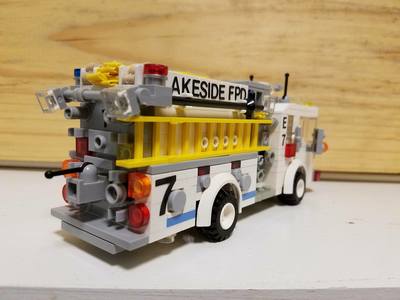 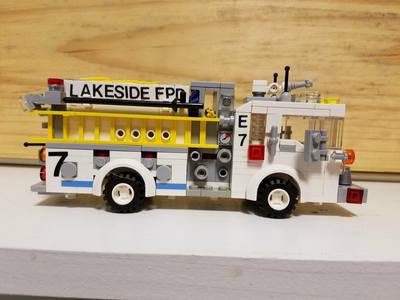 Forestry 7 operates this 2003 Ford F550 Super Duty 4x4/Gowans Knight Mini-Pumper as their third out apparatus for everything with the exception of medical assists and wildland calls. This apparatus has a 750 GPM pump, 300 gallons of water, and 25 gallons of Class A foam.