Around 1PM, Washington Heights Firefighters responded to the East Church in Company Three's first due, for a "Chemical Odor" in the building. Occupants evacuated the building as apparatus responded. Engine 3-12 arrived on scene first and began crowd control, as Tower Ladder 4-12 arrived and donned SCBA and prepared to enter the building to meter for toxic gases. Washington Heights PD secured the surrounding area as a precaution, as HAZMAT 1-12 and Engine 1-12 arrived on scene. The HAZMAT crew assisted the truck company inside, and Engine 1-12 took over accountability. After investigating, no readings were discovered and the building was turned back over to the owner. 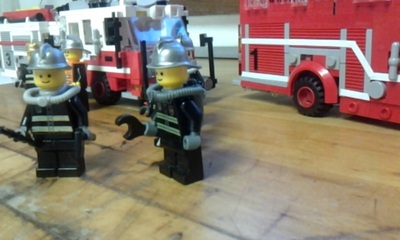 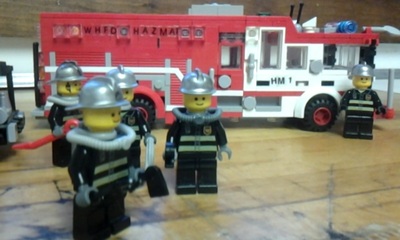 White Ridge Fire-Rescue and Medlink EMS were dispatched to The ST. Peter's Church at 65 Enchantment Avenue on the Technical Rescue box, reported as a roof collapse with persons still trapped inside the building. Other mutual aid units responded to the scene to support rescue teams searching through the rubble. Engine 5-12 was requested to cover White Ridge Station 1, while TAC 2-12 responded as the RIT team for the incident.  After Height's Firefighters set up and completed a 360 of the building, a mayday was called by a firefighter on White Ridge Rescue 1 whose legs were pinned under a fall roof truss. Firefighters reacted swiftly and entered the building, shoring their path as they went, and successfully removed the trapped firefighter from the building and handed him off to EMS waiting outside the door. He is said to be in stable condition. Units cleared the scene around 11PM. 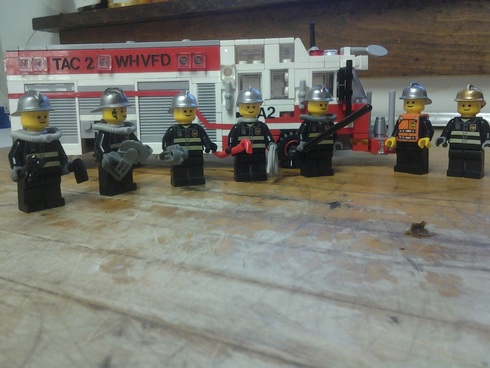 The City of White Ridge Fire-Rescue has been keeping busy, and that means plenty of action for Washington Heights firefighters! A call came into fire dispatch reporting a vehicle crashed into a home and catching fire. The car fire was extending into the home, and there were reports of victims trapped inside the home. Multiple mutual aid units responded, including Engine 2-12, which supplied water to White Ridge Truck 4 which was providing an aerial master stream. 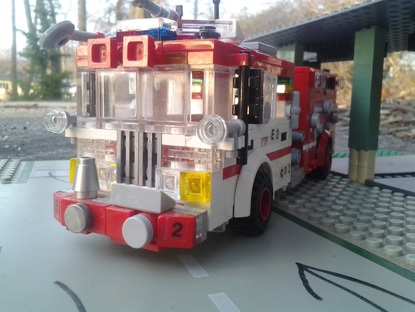 This evening was certainly a busy one. Just as we put a movie on in the station, the tones started to drop. Firefighters began their evening just after 9PM when a serious rescue call was dispatched involving two snowmobiles crashing head on into each other with minors involved on Briarwood Trail. Engines 1, 3, 4, TAC 1, Truck 2, and the Squad handled this incident which involved a medical helicopter, the local and state police, and sadly, a fatality. While members worked this call, Engine 2 handled a cardiac arrest with a mutual aid ambulance. Just before units cleared the scene, units were dispatched to the City of White Ridge for multiple working fires on Farmaker Road. Tower 2, Engine 6, and Engine 8 covered their empty fire stations, while Engine 5 went to the scene to assist battling the blaze. A busy night, but a job well done by all involved. Thanks!

Today marked yet another busy Saturday for WHVFC volunteers. The day started off at 04:00 when we were dispatched to an automatic alarm that was quickly upgraded to a working building fire. Companies went to work locating and extinguishing multiple set fires in an office complex. The cause of this fire is still under investigation by the FMO's office.

Following the fire, members assembled at the drill house in Company 7's district for a few hours of live burn scenarios. From then on, a steady stream of calls followed with volunteers handling 21 calls today. We did manage to cook a decent dinner in between runs, but no sooner did we drop our forks when that good old Station 12 alarm sent us back out to do what we do best. Just before midnight, with many members going on their 20th continuous hour at the firehouse, we took in the last run for today (crash on West Rd). Good job everyone, now go home and get some rest!

Washington Heights 911 received numerous phone calls this morning after a snowplow driver plowing the driveway of an apartment complex reportedly sheered off the top of an 1000 pound underground propane tank. Companies were dispatched to Wayside Apartments on East Main Street on a Hazardous Materials response. On the initial dispatch was: Engine 112, Tower Ladder 412, TAC 112, HAZMAT 112, Engine 212, and Engine 612. Battalion 2 arrived first, reporting an active leak and requested the gas company on a priority response. Engine 112 was instructed to lay in from the hydrant and stretch a 3" line with a portable monitor to suppress the vapors. Engine 212 came into the scene, and reverse laid a 5" supply line to a hydrant down the street, leaving its manpower to assist Tower Ladder 412 with evacuating and metering the apartment building for propane. HAZMAT 112 and TAC 112 established the hot zone and secured the area around the leak. Engine 612 came in from the next street over and put another portable monitor into place, while their extra manpower evacuated the nearby homes. The gas company arrived on scene and assited HAZMAT 112 with securing the leaking tank. The leak was brought under control, and Tower Ladder 412 along with TAC 112 ventilated and metered the building one last time. Units cleared the scene shortly after, with about three hours on scene time.

Member's Valentine's day celebrations were interrupted this evening when they were dispatched to an outside fire called in by a passerby on Cornwall Street in Company Three's first due section of town. The initial assignment dispatched included: Engine 112, Engine 312, Tanker 112, and Forestry 212. Battalion 1 arrived first on scene, finding a small barn fire, but was met by a frantic woman who brought him to a family member with severe third degree burns on his arms and chest. Battalion called for Washington Heights EMS and a medical helicopter as Tanker 112 arrived on scene, and stretched a line to the fire. Engine 512 was special called to secure a landing zone for the helicopter, as well as a paramedic. Engine 112 arrived on scene next, stretching a back up line off of the rig the rear of the barn. EMS arrived on scene with Engine 312 and Forestry 212 and began patient care with Engine 312. The fire was brought under control as the patient was loaded into the ambulance for transport to awaiting helicopter. Forestry 212 helped mop up the scene of the fire. The Fire Marshal's office is investigating the cause of the fire, but they have released that the patient suffered burns from trying to extinguish the fire on his own instead of calling 911.

Washington Heights' 911 center received a call from an alarm company alerting them of an automatic fire alarm activation at Washington Heights Memorial High School this morning. The dispatcher dispatched companies, and shortly after a phone call came from the school reporting smoke in the building. The assignment was upgraded to a possible structure fire. This brought Engine 112, Engine 212, Engine 512, Squad 112,  Truck 112, Tower Ladder 412, TAC 112 and a mutual aid RIT team to the scene. Car 112 arrived first reporting light smoke from the B-Side first floor. Students and staff were in the process of evacuating when Engine 112 arrived on scene, wrapping the hydrant and laying in a supply line. Battalion 2 arrived on scene next, assuming command, and began assigning companies tasks. Engine 512 was next due, and hit the second hydrant on the property to feed to FDC. Tower Ladder 412 and TAC 112 were assigned to do a primary search of the building to ensure everyone was out. Engine 212 and Engine 112 made entry into the building, tying into a stand pipe. Truck 112 located the source of the smoke, coming from a chemistry lab on the first floor. Command requested HAZMAT 112 to respond for possible decontamination as engine crews hit the blaze. The fire was brought under control quickly and the scene was held at the first alarm assignment. The cause of the fire was determined to be a "Chemistry Experiment Gone Wrong", starting a small trash can and extending to the rest of the room.

Around 0900 this morning, a call came into the 9-1-1 center reporting heavy smoke from the top of an apartment building in "The Strand" Fire Company's first due area. A full assignment was dispatched for Box 3414 bringing in a Parker Hose Engine, a Washington Heights Engine and Tower Ladder. The Strand Engine 5 arrived first reporting black smoke from the roof and instructed Tower Ladder 2-12 to take "Delta" side of the building. Upon further investigation it was found that a motor and belt had burned up in a roof mounted HVAC unit. Engine 5 and Tower Ladder 2-12 held the scene and dismissed remaining units. 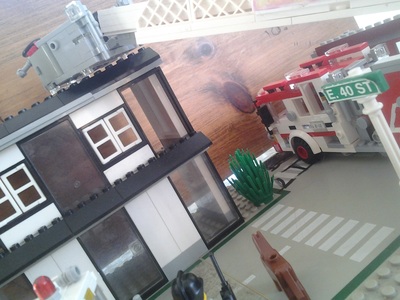 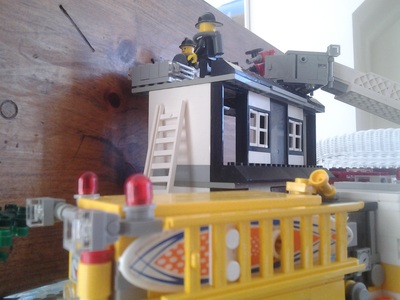 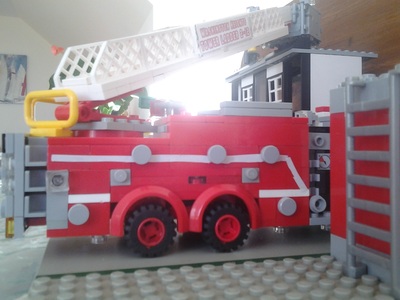 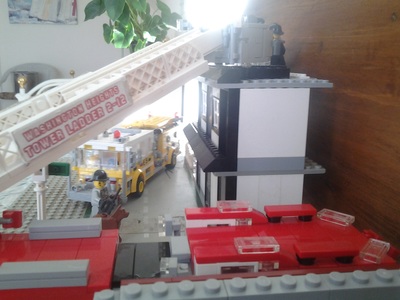 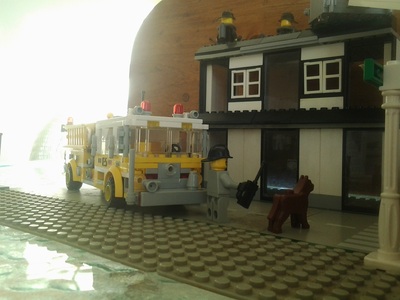 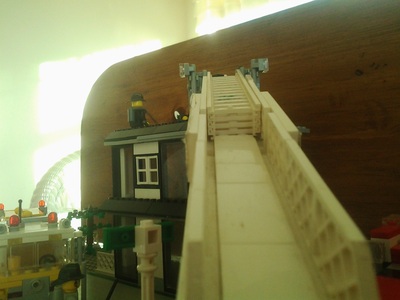 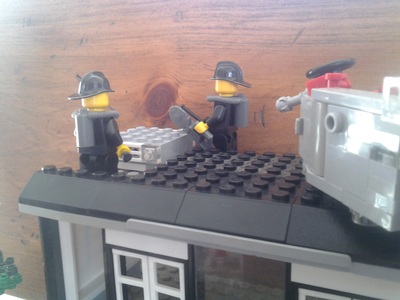 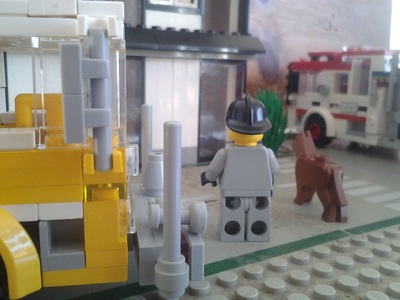 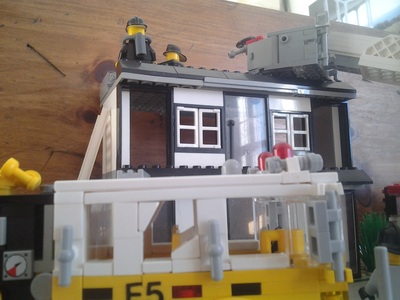 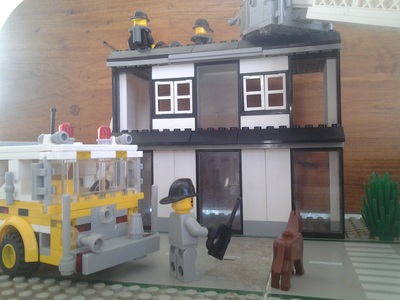